Skip to content
APPLY FOR SINGAPORE > Citizenship Information > WHY SINGAPORE IS THE BEST PLACE TO MIGRATE?

WHY SINGAPORE IS THE BEST PLACE TO MIGRATE?SINGAPORE – Best place to live.

The Republic of Singapore is a sovereign island city-state in maritime Southeast Asia. Singapore has a population of 5.7 million residents out of which 61% of them are Singaporean citizens. We can say that Singapore does not have much population as compared to other countries. There are four main or official languages of Singapore which are, English, Tamil, Malay and Mandarin. English is the lingua franca of the island. Singapore is one the most beautiful places to live, it has such vast customs and traditions that makes life in Singapore amazing and colorful. Singapore is also famous for its night life, the amazing night life of the city-state makes it a tourist place as well. There are cultural heritage sites and various other tourist places. Singapore is best known for its safety and cleanliness. 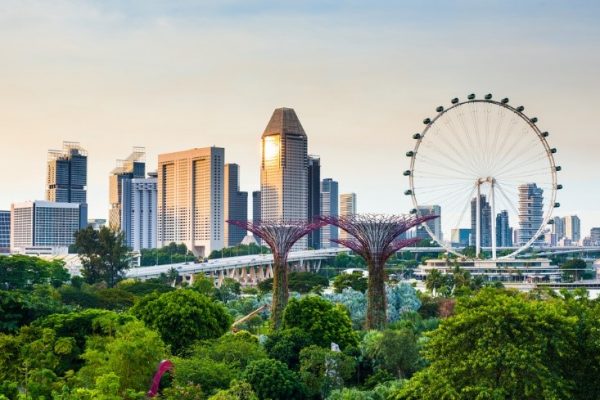 Climate and Weather Due to the geographical location of Singapore it has a tropical climate which is good if you love heat and can handle it. Singapore lies in Southeast Asia because of which it has a hot and humid climate. The island does not really have the four seasons like summer, winter, spring or autumn, it naturally has an equatorial type of climate throughout the year, which means it is warm or mainly hot the whole year. April is the warmest month while January is the coolest and November is the wettest month. Singapore’s maximum temperature is 31 to 34 degrees Celsius while the minimum temperature is 23 to 26 degrees Celsius. Thus, we can say that Singapore offers you nice warm weather throughout the year.Singaporean CuisineIf you are a foodie and you love food, you will definitely love this island city-state because here you cannot go out of food options. Singapore cuisine is the best combination of Malay, Chinese, Indian and western food. The diverse elements of culinary culture of Singapore influences its cuisine. People of Singapore are very much fond of food and that is why, there is such vast variety of cuisines available right from Indian to Chinese, from normal food to sea food, you can explore and will never get short of food items or the food options. 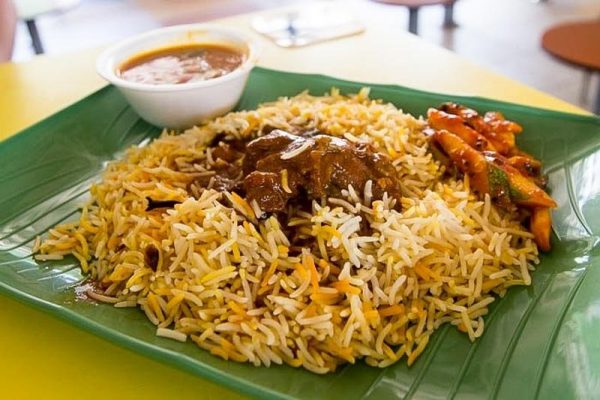 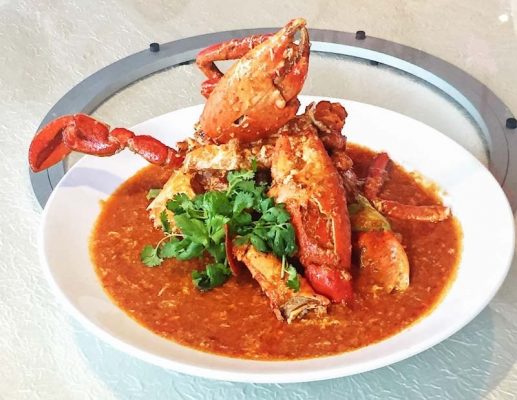 You will find very delicious and very tasty food in the city-state. From biryani to a crab curry, everything.  For dining out, people in Singapore prefer local hawker centres as they serve you the best dishes. Apart from food culture, Singapore is also known for its cocktail culture. The cocktail scenes includes some of the best bars of the city-state. Therefore, we can say that the Singaporean people live through their food. Food is a very important part of the peoples’ life here in Singapore.Language of Singapore English is the common language of business in Singapore, you will certainly have no problems communicating with the local people. As English is the common language thus it will not be very difficult for people to adapt the environment and get in touch with the locals of the island city-state. Also, along with English, another language that has been created by the people it Singlish, which is a result of the other languages that are used, which is Malay, Tamil and Mandarin. Though, living in Singapore with time will make it easier for you to understand the language in a better way.Clean and SafeSingapore is very much known for its cleanliness and that makes it an extremely beautiful island city-state. Singapore is always known for its cleanliness and lower crime rate. The country has a good reputation for being safe and having low crime rate. Not only safe but also Singapore is one of the cleanest in the world. According to the 2018 Global Peace Index, Singapore is considered as the 8th safest place in the world. And, Singapore sis also very strict about its cleanliness and tries to maintain that reputation of a clean place by banning various things like active campaign against littering and stringent enforcement in place. Therefore, these things make Singapore the best place to live. 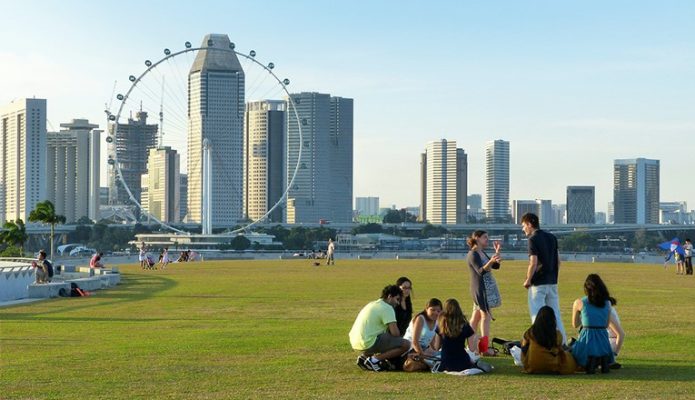 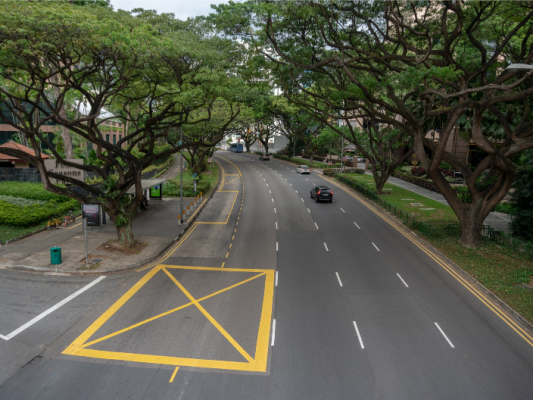 TransportationThe best way to travel in Singapore is through public transport. Public transport is safe, costs less, easy to use and is extremely convenient. The most used system is the MRT system that is the Mass Rapid Transit subway system. The MRT system is easy to understand, cheap and great. As, the city is large it becomes difficult for people to explore it entirely on foot. Thus, public transportation is one of the best means to travel around the city-state. 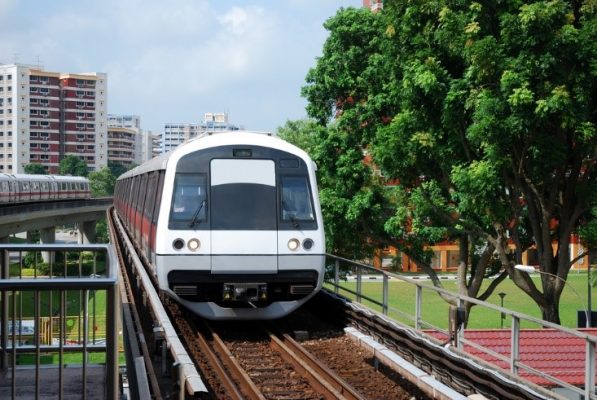 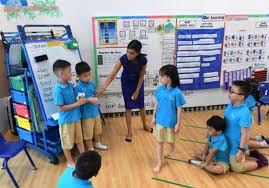 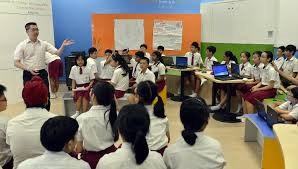 Hence, Singapore’s unique historical experience, institutional arrangements and cultural beliefs has produced an exceptionally effective and successful education system here. There is no doubt that Singapore provides quality education at all levels of learning for all students.Art & Culture of Singapore Singaporean Culture is a combination of Malay, South Asian, Southeast Asian and Eurasian cultures. Though, Singapore is not very populated or is small sized, the culture and traditions are a blend of various influences. The culture of Singapore was originally influenced by Austronesian people from Taiwan. People of Singapore are strict to their customs and traditions. Therefore, Singapore does not has one culture of its own but it is a complete blend of cultures from multiple ethnic influences including Chinese, Malay, Indians and others. This blend of cultures makes the Singaporean culture unique in its own way. 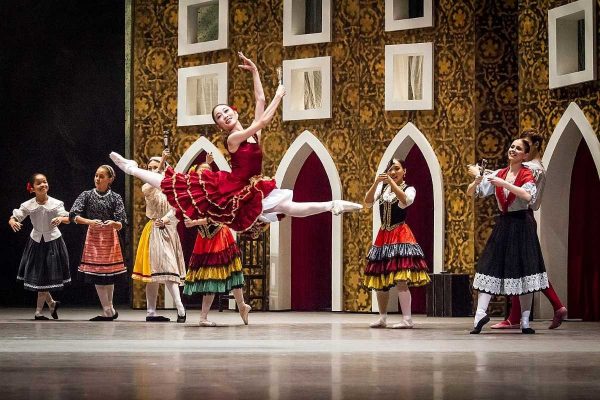 Singapore’s literary work is in one of the official languages that is Chinese, Malay, English and Tamil. Culture is represented through art. Some of the prominent local arts groups include TheatreWorks, Singapore Repertory Theater, Singapore Dance Theater, Singapore Chinese Opera, Orkestra Melayu Singapura, Singapore Indian Orchestra and Choir and The Singapore Lyric Opera.Festivals Singapore is a blend of cultures and traditions therefore, it celebrates festivals throughout the year. The various vibrant festivals that are famous and are celebrated in the city-state are – 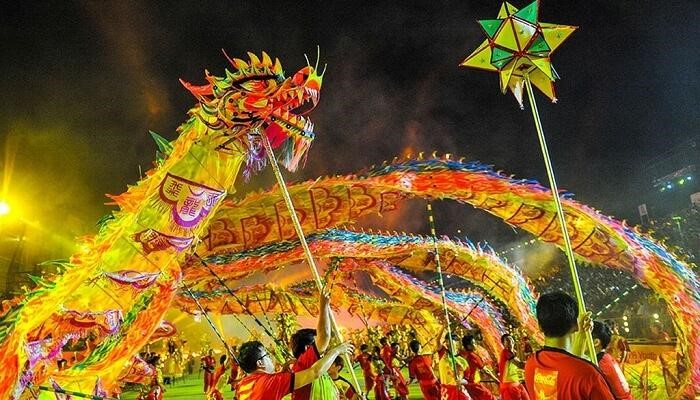 Law and OrderThe law and order of Singapore is governed by the Constitution, Legislation and the Subsidiary Legislation. The Constitution lays down the fundamental principles and basic framework of state organization and protects the fundamental rights of every individual. The legal system of Singapore is based on the English Common Law System. Some cleanliness laws are – Chewing gums and littering are banned in Singapore to maintain the cleanliness. Also, Singapore is one of the safest places in the world.ConclusionSingapore a small island city-state that does not have much population but because it is a blend of various influences, Singapore has a varieties of customs and traditions. It is a colorful city-state as it celebrates festival from all around the world and makes it unique in its own way. Singapore is one of the best place to live as it is the one the safest and the cleanest place in the world. Singapore has strict rules and regulations for the cleanliness of the city-state.Our article, Why Singapore Is The Best Place To Migrate, will help you know better why Singapore is the best place to live in the world. You will get to know Singapore in a better way. From the customs and traditions to the law and order, everything is mentioned above in our article. Hope the article helps you in making your decision in a better way.

We use cookies to ensure that we give you the best experience on our website. If you continue to use this site we will assume that you are happy with it.OkPrivacy policy